What History Can Teach Us About Disease Prevention

Infection control is a critical part of modern medicine. Were it not for regular hand washing, surface disinfection, and clean air measures, hospitals would be extremely dangerous for both patients and staff.


However, we have only learned how to implement these types of measures because we have learned how diseases spread through years of scientific study. History has been able to teach us about disease transmission and as we continue to learn more, we will be able to implement even more effective infection control measures.

Long before the first infection control measures were put into place, there was much debate about how diseases actually spread from one person to the next. The most popular theory in Europe, prior to the 1850s, was known as the miasma theory. The miasma theory suggested that diseases such as the devastating Bubonic Plague, were spread via miasma or “bad air.”


The miasma theory took hold despite records as far back as Ancient Greece indicating theories of disease transmission from one infected person to another. While the miasma theory does not have any basis in our modern understanding of infection control, it did lead to a number of much-needed improvements in Europe, particularly in the form of improved sanitation and sewage systems, in the name of improving the bad air.


Eventually, through the work of dedicated scientists like Louis Pasteur and Robert Koch, the germ theory of disease took the place of the miasma theory and is still integral to our understanding of disease transmission today.

While we can certainly look towards medical texts and historical research to learn something about disease transmission, there are other ways we are still learning about disease and infection.

For instance, one Mississippi State University anthropology professor and her colleagues are using “ human dental calculus, a form of hardened dental plaque, as a tool for identifying and diagnosing infectious diseases in past populations that are not otherwise identifiable with a high certainty in human skeletal material.” By examining dental calculus from skeletons, this team of researchers is able to learn about how diseases like pneumonia and tuberculosis spread and changed over time -- knowledge that they can then use to predict how diseases may change today and into the future.


While this particular application is fairly specific, as more technology becomes available for anthropologists and other researchers, it will be possible to learn even more from the past that may then be applied to the future.

The only reason that the MSU researchers are able to study skeletons from hundreds of years ago and still learn new things is because of the evolution of technology.


If it were not for innovative minds looking for new ways to apply technology, this would not be possible. 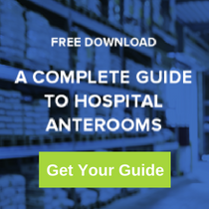